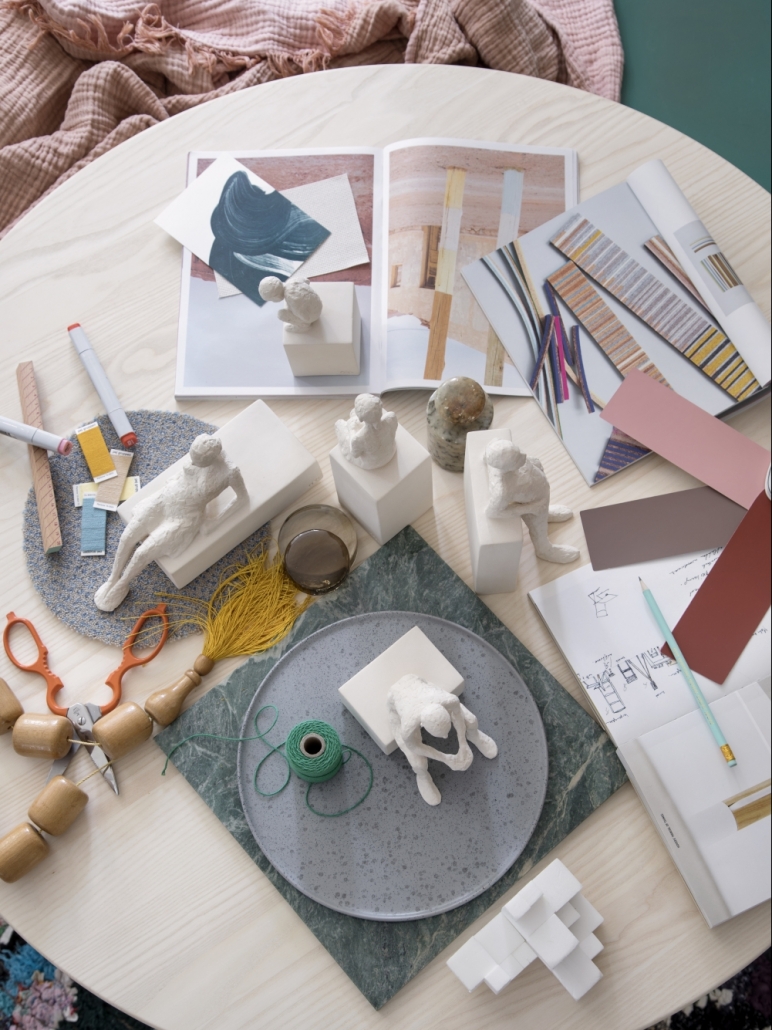 This autumn, Kähler takes yet another step in the artistic direction, collaborating with sculptor Malene Bjelke to present a range of five sculptures in the Character range. Each sculpture tells its own story and represents in each their own way the beauty in us humans.

Historically, Kähler has had a proud figurine tradition with the production of ceramic figurines, and through the years, Kähler has collaborated with some of the greatest Danish artists. Through the years, this proud artistic heritage has been upheld time and time again by introducing artistic and bold elements inspired by the past and designed for the present. In autumn 2018, Kähler celebrates this heritage in a creative collaboration with sculptor Malene Bjelke by presenting a range of five figurines in the Character range. Each figurine tells its own story, depicting plain, uncomplicated everyday thoughtfulness in a simplified, naturalistic universe and celebrating specific human traits.

The five figurines encourage us to remember to be thoughtful in our busy everyday life and have been shaped as humans at different life stages. From the curious child to the attentive woman, from the reflective young man to the hedonist and the dreaming young girl, the sculptures represent and celebrate special personal traits and distinctive features. In the same way that none of us are perfect, the figurines too are complex as they are edgy, imperfect and unsophisticated in their expression, thus depicting the beauty in humans.

Malene Bjelke describes the figurines as follows: ‘In my work with the figurines for Kähler, I have picked various periods in human life. During modelling, I focus on the little imperfections. That helps create dynamics and mysteriously uncovers the beauty.’

The design is organic and unglazed to create a reflective mood and the five figurines all encompass a scenographical element that hints at a space to support the message that we as humans should make more room for reflection. Both in respect of where we have been and where we are heading.

As all other Kähler products, the new figurines from Kähler are characterised by the company’s proud ceramic and artistic heritage of making figurines interpreted from a contemporary perspective.